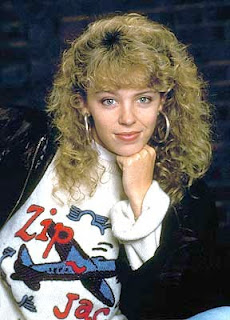 I was asked by Stylist magazine to participate with the likes of Naomi Campbell(!!!) Dame Edna(!!) and the BRILLIANT Caitlin Moran in a feature called 'When Stylist Met Kylie'

We all had to ask her a question which was pretty exciting as you can imagine!! Here's mine:

ME: 'You stole the show at the Sydney 2000 Olympics; which British musician would you love to see opening our Olympics this year in London? (For me it has to be Elton!)'

KYLIE: 'That would be appropriate; Elton is a living legend. It would be sensational. And having just seen Coldplay recently that would be spine-tingling as well. What I mostly remember from my performance at Sydney 2000 is fear. Fear, excitement, and also pride. The pride in the country was so immense at the time. To be in the stadium, centre stage and know it’s being broadcast to four billion people; it was just such an honour.'

You can read the rest of the questions here
Posted by Rob Ryan at 9:02 AM

That is really COOL (that you got to ask Kylie a question)! I agree with both of you. I love Elton and Coldplay - so why not have both!
and loving your work by the way :D